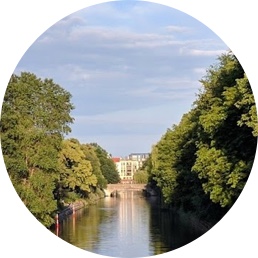 Ask a New Yorker about pedestrian faux pas when navigating the City and the list can be as humorous as it is extensive. Chiefly among them is anything that slows down the native son. Those new to New York often gaze upwards when walking, basking in the towering excitement of the City's architecture while unintentionally contributing to a drop in the speed of foot traffic around them. This is a faux pas. Looking up, as it were, is the unmistakeable sign of being a tourist.

Bodhidharma is considered by many to be the transmitter of Zen Buddhism to China. In Japan, Bodhidharma is often represented in the form of a Daruma doll – a small object found in homes and around monasteries that symbolizes, amongst other things, the quality of perseverance in achieving a goal. At the end of the year gratitude is given to Daruma and it's burned in an act of renewal.

I started this website as a reminder to myself to strive to find awe and renewal in the everyday. We're all tourists to some extent in this life, and our time is short and precious. Look up on ocassion. The sky is beautiful.